Finding averages is often required when working with spreadsheets.

It’s a rather basic task—but Excel can do all sorts of great things with averages.

The Excel AVERAGE function returns the average of values provided. AVERAGE can handle up to 255 individual arguments, which can include numbers, cell references, ranges, arrays, and constants.

Instead of the AVERAGE function, use the SUM and the COUNT function.

Use the AVERAGE and the LARGE function in Excel to calculate the average of the top 3 numbers in a data set.

To calculate the average of cells that meet one criteria, use the AVERAGEIF function in Excel.

To calculate a weighted average in Excel, use the SUMPRODUCT and the SUM function.

Use the Analysis Toolpak to calculate the moving average of a time series in Excel. 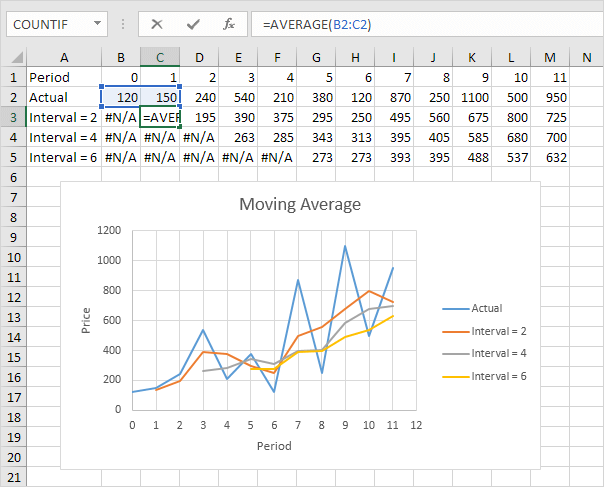 Note: a moving average is used to smooth out irregularities (peaks and valleys) to easily recognize trends.